A boatload of three-ball patterns (and more). You are very likely to find
stuff you haven't even heard of.  Not only animated gifs but also featuring how-to steps/tutorials.

The shop of Frederik & Christian Schenk, offering retail juggling and artistic equipment from all major companies but also funny playthings for everyone and even circus tents out of their own production. They also rent and sale entertainment equipment (several bouncing castles, bullriding, human table soccer, bungee run, bike looping, sky dancer, cash box....) as well as party tents, light and sound for big events.

Our parent (or alma mater if you will) club in Ulm. Mainly the Serrando is for kids and youngsters and offers acrobatics, tightrope, clownery, unicycling, juggling and many more disciplines.

Fire and Poi, by local artists.

A really good overview of juggling convention dates - yet still a work in progress. According to the author. Also, "if you want to know more about 'how to stop performing magic', 'juggling conventions' or different club shapes and their uses - talk to us ...."

History of Juggling (unfortunately German language only, but you might waant to visit Sonja´s exhibition at the next EJC or have a look at 4000 years old egyptian paintings of juggling women)

JuggleHub
is unfortunately not online anymore, at least at the moment.

gives an overview of regular juggling groups around the world as well as conventions and small talk. It´s completely English language and mostly used by British juggler from what I read. Sign up is by invitation, only. If you want, I can invite you, otherwise you´d have to convince The God Emperor Orinoco - it´s not that hard!

Similar to the juggling edge, this page offers a database on juggling clubs and upcoming conventions worldwide. Additionally, it offers a link to rec.juggling.

Probably the most important news forum for jugglers ever. This link leads you to the google group, so you don´t need any adaptor program to open.

News, mostly about records and championships in English.

A video portal for juggling videos, only. YouTube is not the only channel worth watching and on juggling.tv it´s a lot easier to find a specific pattern!

The IJA is more an american than an international association, but still, to be up-to-date you should read their eZine.

Yet another online community with chat a wiki and more links.

Also a juggling simulation app. (but this one runs in your web browser)

Volleyclub is a club juggling game a little similar to beach volleyball. This page explains all the rules in German.

Two club jugglers enter the arena, but only one will be victorious. You win the combat if you manage to the last who is still in control of his three clubs. Invented by Bob Carr in 2005. Luke Burrage turned this into an institution with rankins and the mentioned web page.

This is the organisation that supports and prefinances the biggest juggling convention in Europe every year and contributes to keeping juggling a free and non-commercial art. Every juggler at an EJC is part of the EJA by default, so you should know them, they are great but you won´t find exciting news on their page.

This used to be the european Juggling magazine in print. Due to high printing costs and less demand, it was discontinued in 2014 but there´s still an archive of old issues. All articles in English and German. If you want to have a look, I can bring some. For me, this magazine was the entry ticket to the world of being a juggler.

A nice invention by Guido van Hout, siteswap dice can be downloaded and used to discover new siteswap patterns for a variety of skill levels.

Allen Knutson´s site on Siteswap. There´s also a nice article about him in 'Discover'.

A site by Jean-Baptiste Hurteaux in English or French language giving advice on learning to pass, patterns and feeds. There are also videos and animations for many of the patterns.

Takeout patterns and their notation by Warren Hammond and Aidan Burns

Sadly, Aidan Burns passed away in 2014, but his legacy patterns and pattern collections stay alive through the juggling community and his page... 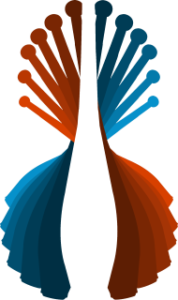